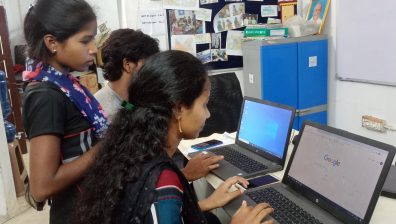 According to experts, an estimated half a billion women still lack access to education and tens of millions of girls around the world are unable to access education and unlikely to enroll in school, thus hampering the overall growth and development of the girls. And yet, there is sufficient evidence to show that educated women create a ripple effect. We face huge inequalities in the education system of our country. Despite many policies and campaigns taken up by the government, young girls and women still lack access to basic education resulting in exclusion from employment opportunities. 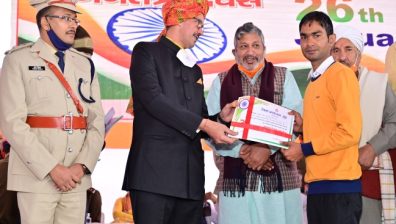 Alam Khan got an Appreciation Certificate for his constant efforts in providing Covid 19 vaccination. He helped in mobilising 8,473 citizens along with interventions of other development partners. He was awarded by the Deputy Commissioner of Nuh district Mr Shakti Singh. Alam Khan was also awarded by Deputy Commissioner Mr Pankaj Kumar, IAS for the excellent work in registration of beneficiaries in PM-SYM (Pradhanmantri Shram Yogi Mandhan) at the highest level in the district of Nuh. 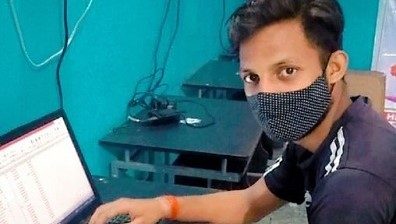 Digital Inclusion at a Young Age

During recent time digital technology has reached to a new high and digital divide has widened too. Concentration of users in the urban and semi urban areas and on the other hand rural areas are still crawling to get digitally equipped and driven. Digital technology not only connects to the world but also opens doors of opportunity in building a career and earning a living. One such place is Nayakdih village in Uttar Pradesh, being an outskirt area digital footprint can be seen but quite limited. Like other teens Harsh too is interested in digital technologies- mobiles, computers, tablets and more. But the nearest computer-training center is 3 kilometers from his home; few of his friends go there. It charges Rs.600 per month, which is like a significant part of his father’s income, which would be too much to ask from his father. 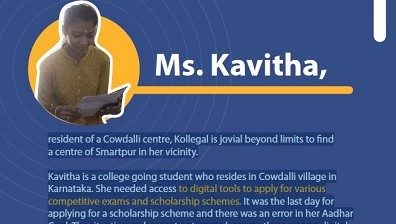 Ms. Kavitha, resident of a Cowdalli centre, Kollegal is jovial beyond limits to find a centre of Smartpur in her vicinity.Kavitha is a college going student who resides in Cowdalli village in Karnataka. She needed access to digital tools to apply for various competitive exams and scholarship schemes. It was the last day for applying for a scholarship scheme and there was an error in her Aadhar Card. The situation on her part got worse because there was no digitalcentre near her house that could edit the aadhar card. She planned to travel to the town of Hanur, 16 kilometers away from her village. The transportation charges were another issue, as it would cost her 350-400 rupees. for one journey. The distance, cost and time-consuming journey made the process very tedious for her. 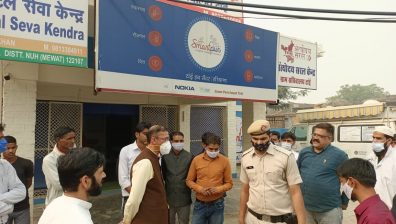 This report presents the campaign taken up by the SMARTPUR team in Nuh from the Tain Hub Centre. This campaign aimed to support the Government efforts of COVID-19 vaccination among the people of Nuh.The campaign was run by American India Foundation and Common Service Centre. SMARTPUR team has a good hold in the community and hence they were successful in this campaign. The team worked closely with the District Collector’s office and acted as a catalyst to speed up the vaccination process. The SMARTPUR team also managed to generate income from this vaccination drive, an amount of 170 rs. per dose was provided to the team. 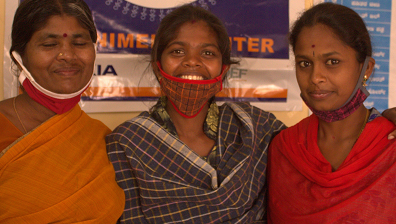 Smartpur- A Collective Effort of Women On Ground

Women's empowerment plays a pivotal role in the overall development of any country besides positively impacting the day to day lives of women. The progressive change in the fields of employment and information technology have brought a wide range of opportunities for women in India and across the globe. The reforming development in mobile technology has brought world communities closer, narrowing down the digital divide. One, now has access to the everyday national and global news at their fingertips, this has led to women being more socially and culturally aware.